The Journey So Far

The first Albania Overboard swim from Albania to Corfu was completed in 2014 by a small but determined group of 9 friends. The event has now grown beyond the founding members’ dreams.

The Origins: the view from Corfu

Albania is a country that has fascinated visitors to Corfu for decades. At its nearest point, Corfu nudges so close to Albania, you would think you could skim a stone across and hit the other side. Tantalisingly close, and yet for almost 50 years the suggestion of swimming across the straights was out of the question for all but the incredibly brave.

Until the early 90’s, it was a heavily militarised border that separated western leaning Greece and the Albanian communist dictatorship of Enver Hoxha. Albanians were routinely shot dead in the water attempting to escape and yet an untold number of them still persevered. Many of those who made it have remained on the island and established successful businesses in construction and tourism.

Albania Overboard was founded by Nick Lemis (above) and Nick Cookson (on the left), two UK based friends with strong family ties in Corfu. Keen to support local environmental initiatives and a children’s charity close to their hearts, they started the swim challenge event eight years ago. They are extremely grateful for the incredible commitment of the swimmers and invaluable support from friends, donors and locals on both sides of the Albania Corfu channel who make it happen.

With special thanks to 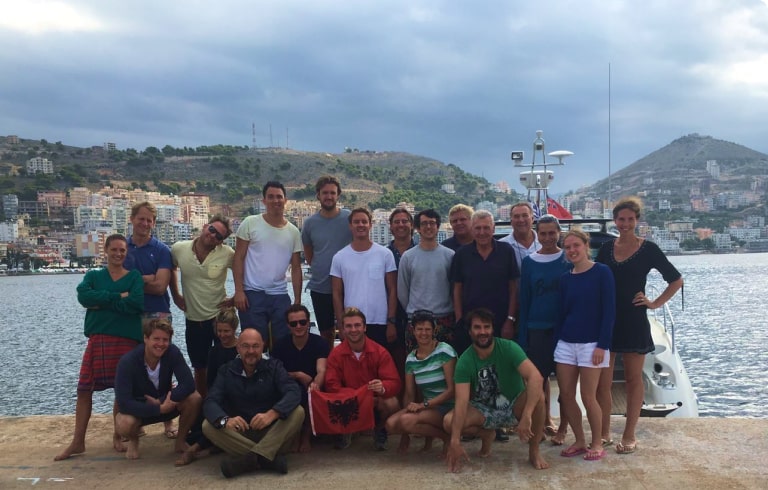 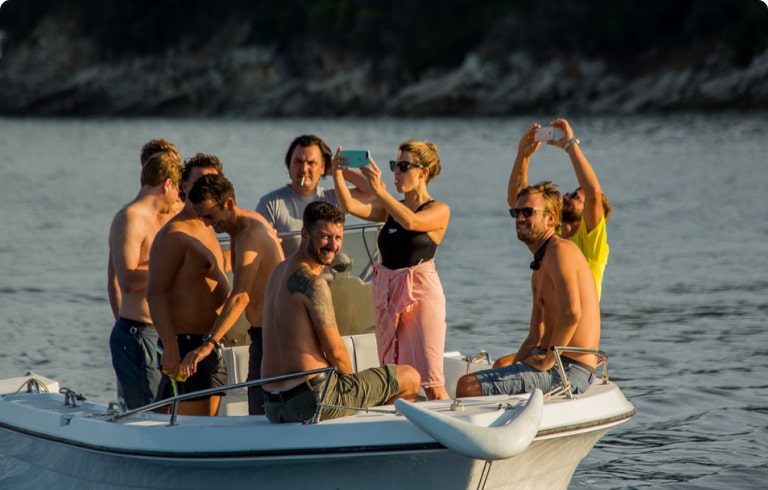 Some 20 Foreign Tourists Swim from Ksamil to Corfu... 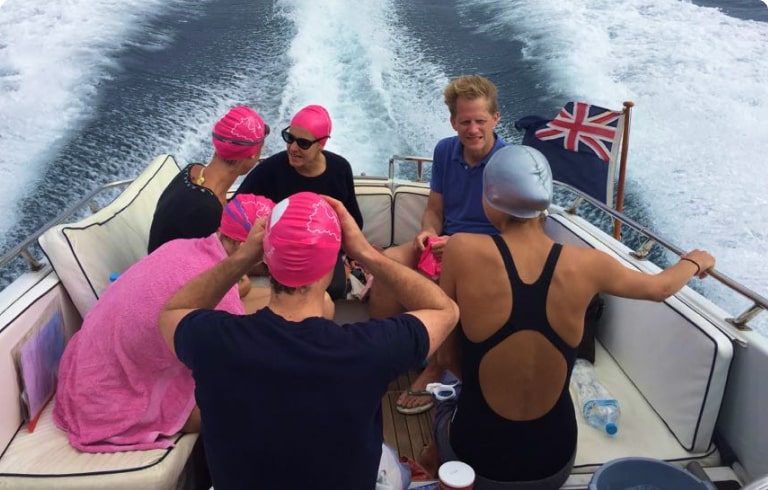 My swim story - A swim for everyone

Swimming for the local environment & children

Thank you! Your submission has been received!
Oops! Something went wrong while submitting the form.